If ever there was a motley crew! 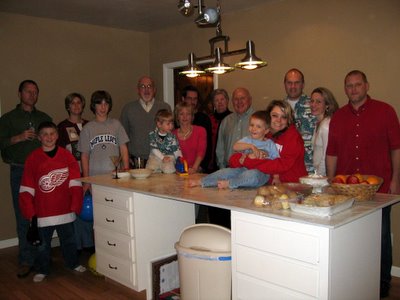 Here they are - the Wertz clan. Of course, I couldnt figure out how to use the timer on my camera, so there's everyone except me in this pic.

Gathered around the island where they all signed the countertop as part of Mike's time-capsule brainwave, from left to right: